Hawaii - a HUGE tourist destination.  There is so much to do, but what do you do when you first get here?  In January I moved to Hawaii to attend school and still have two more years to go.  I hope that with these blog posts, it will help you when you plan a trip here- to plan a wonderful trip that you are able to make the most of. I live on the island of Oahu in the small town of Laie.  It is home of The Polynesian Cultural Center and the absolutely beautiful Laie Temple.  It's about an hour from Honolulu and only minutes away from other big tourist attractions such as Haleiwa, Sunset Beach, Turtle Bay, etc.

Alright, I'll do my best to get to all of these attractions and to fill you in on why you must visit them, but for now I'm going to focus on the Laie Temple.  I live literally 5 minutes from the temple.  Day or night, that temple is stunning.  Whether you are a member of the Church of Jesus Christ of Latter-Day Saints or not, it is definitely a place to visit for it's beauty. 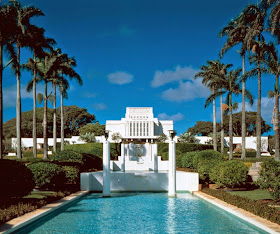 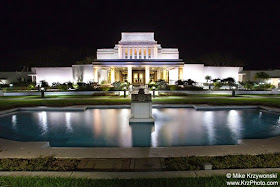 A little history about this temple is it was dedicated by Heber J. Grant on November 27, 1919 but rededicated by Spencer W. Kimball on June 13, 1978 and again by President Thomas S. Monson on November 21, 2010 due to expansion, upgrading, and remodeling.  It's the first temple to be built outside the continental Unite States.
George Q. Cannon, who was one of the first 10 original missionaries to come to Hawaii, was to promote the idea of an Hawaiian temple among his congregations.  In 1915, Joseph F. Smith (the sixth president of the LDS church) announced the building of the temple and chose Laie for it's construction.  Construction began in February 1916 and some materials used to build the temple were crushed lava rock and reinforced concrete.
There are four large friezes (Friezes are the part of a classical entablature between the architrave and the cornice, usually decorated with sculpture in low relief). (All the statues and friezes were designed by two brothers whose names are J. Leo Fairbanks and Avard Fairbanks.) The north one represents the story of the Book of Mormon, the west shows the people of the Old Testament, the south represents the New Testament and the Apostasy, and on the east side the restoration of the Church through Joseph Smith is shown.  There are several reflecting pools and the uppermost pool is a maternity fountain.  It honors Hawaiian Motherhood and is to represent them pouring their love, hope, and care onto their children. 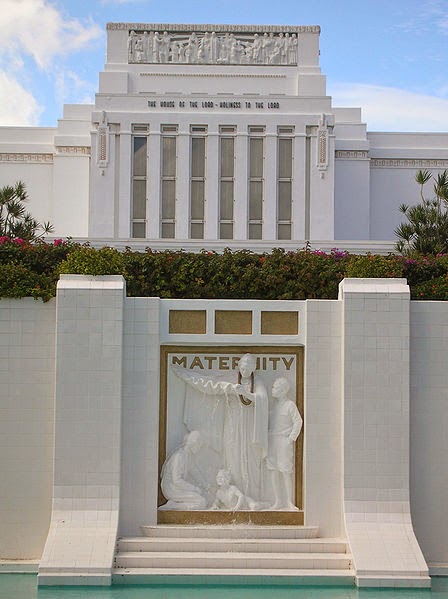 There are also other statues such as Joseph Smith being blessed by his father and one of the Prophet Lehi.
The temple has a Family History Center and Visitors' Center.  Whether you're a member of the church or not, if you are ever in Laie, I highly recommend stopping by to see the beautiful temple and visit the Visitors' Center.  It such an amazing sight and such a peaceful and quiet place to spend some time.
Staci Florschutz at 6:46:00 PM
Share