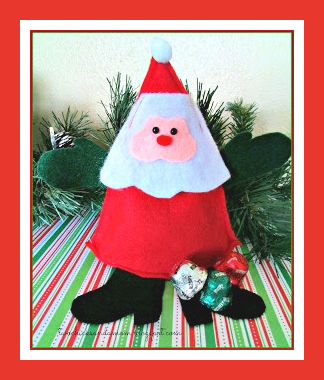 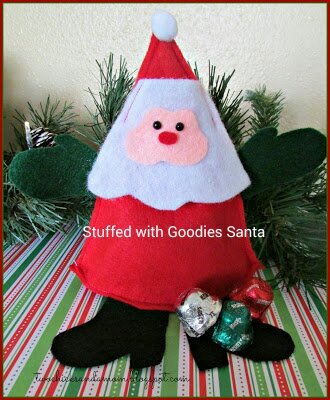 I have made this craft for years and make at least one every year for a gift—really nice for a teacher gift, a holiday neighbor gift, or even a “Secret Santa”.  This little guy sews up quickly and is easy to make.  Ready?  Here we go! 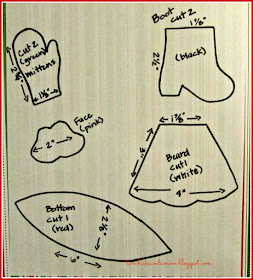 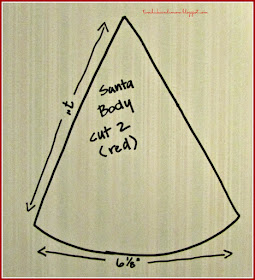 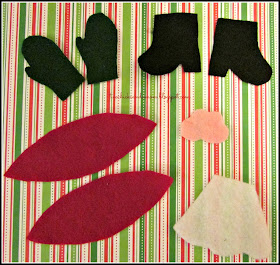 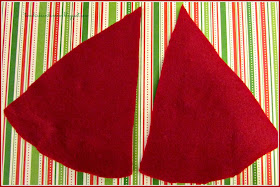 Sew Santa body together with mittens in place-make sure to leave bottom open.  I use a straight stitch of 1/8” to sew this Santa. 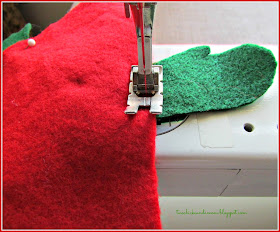 You can now sew on Santa’s beard.  Just line it up so it matches up on the sides and make sure as you sew that you only sew no more than half of the beard—you need to be able to raise the beard to get to the candies inside! 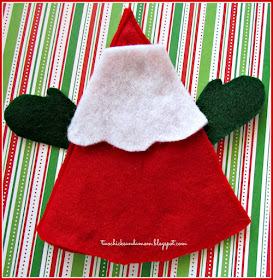 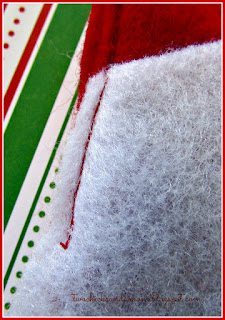 Now you need to sew the one piece of bottom on to the open end of Santa.  You also sew the boots on at the same time.  Pin the boots onto the inside front piece of the bottom.  Sew along one edge, double-stitch to end, and then sew the other side on as well.  Make sure that you trim all threads as you go. 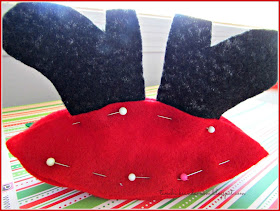 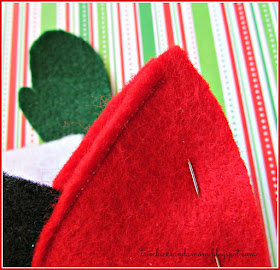 Okay, Santa is almost finished!  However, we do need a “secret” opening so you can fill Santa with wrapped candies and the recipient can get to those goodies! 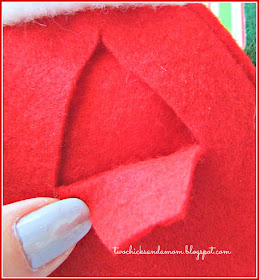 I lift up the beard, make a small cut in the center of the red felt and then cut a “V” into the fabric. It doesn’t have to be very big—just big enough to get the candies through and out again.  The beard will hide the cut.

Santa now needs a face—it would be creepy if he didn’t have one.
Thankfully, you already cut one out for him!  I used Aleene’s Clear Gel Tacky Glue to adhere his face to his beard.  Any glue would probably work but I often use this glue when making a craft (or my trusty hot glue gun). 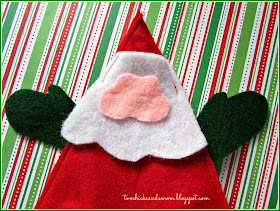 Next, let’s give him eyes and a nose.  I cut out a small red felt oval for his nose and used small, black plastic eyes (found in the craft section of most stores) for his eyes.  In the past, I have also used blue or green puffy acrylic paint for his eyes—if I were out of the black plastic eyes or wanted to give Santa a more personalized look.  Just put a small dot of paint in the area where his eyes would go. 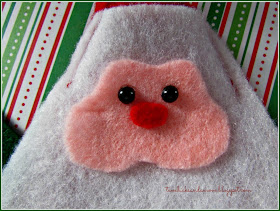 Fill with wrapped candies and set him on a shelf, cabinet, on a Christmas tree branch or give as a present.  He is pretty darn cute, isn’t he? 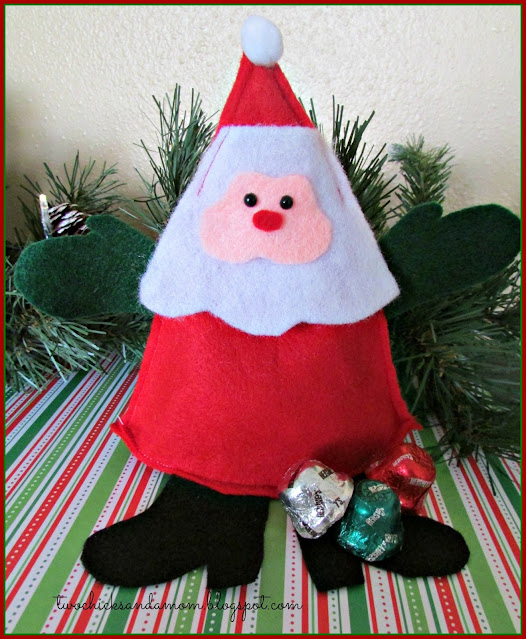 Thanks for visiting and Merry Christmas!