Last May, Staci and Jon had their first baby, a little boy named Parker Scott.  Parker was born in Oahu and I would wonder if he is destined to be drawn to the surf and ocean?  His dad grew up on an Alaskan island and is now in the U.S. Coast Guard, his paternal grandpa is a commercial fisherman and the little family now lives just minutes from the Atlantic Ocean in North Carolina.  Pretty beachy! 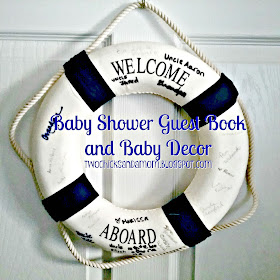 Staci and Jon came home to Nevada for a bit when Parker was about a month old and we had a baby shower for the two of them.  Staci had mentioned that she wanted to decorate Parker's room (once they had a place of their own) in a nautical theme so we went with that theme for the shower.

One idea I had for the shower was to have a faux life preserver that could serve as guestbook and part of Parker's room decor.  Family members could sign it and shower guests, too.

I found a rather inexpensive cloth-covered life preserver on Amazon here.  No, I am not an Amazon affiliate so don't have a disclosure here lol.  I used a a Sharpie but felt like the lettering might bleed a bit so also had scrapbooking pens and regular ballpoint pens for people to use. 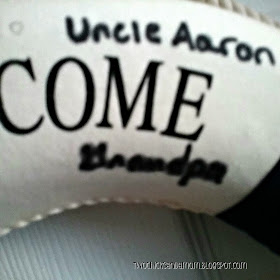 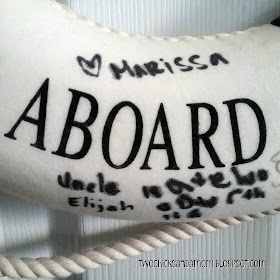 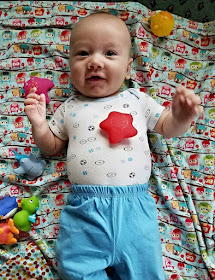 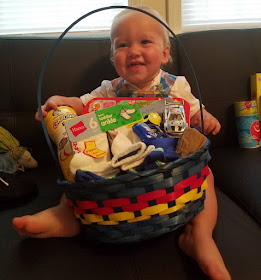 The life preserver/door decor/guest book now hangs on Parker's door into his room.  It was very easy and served multiple purposes.  Have you ever done anything different to use as a guest book?  Let us know in the comments!

Thanks for stopping by!